I Hate it When That Happens

I Hate it When That Happens

What Could Go Wrong

Jane had had a very successful week.  She had nailed 3 different sales presentations in 3 different cities.  Now she was settling into her Business Class seat, a window seat no less, courtesy of her points.   She was confident she was already going to make the Presidents Club for the year.  She wondered where they would hold it this year – Maui, Tahiti, it didn’t matter, it was always fun.

There Will Be a Slight Delay

Ding, Ding, she heard then cringed, as the PA system came on and the Captain announced, “Ladies and Gentlemen, we’ll be slightly delayed due to a technical issue with our number 2 engine”.  Oh joy, thought Jane.

Soon, amongst the flurry of activity Jane was watching on the snow covered ramp, Mike the Mechanic appeared.   With toolbox in tow, he parked himself next the to the number 2 engine, and began to open panels and ‘fix things’.  After a short while, Jane watched as he put his tools away and sauntered off to fix the next ‘broke jet’.

Little did she know that what she didn’t see Mike do would play a major part in her ‘life story’, which was about to become a ‘significant emotional event’ or SME.

With another Ding, Ding, the Captain announced that all was OK and told the cabin crew to prepare for take-off.  Slightly annoyed at the delay, Jane was already drifting off to sleep when she felt the plane rotate and begin its ascent.  Having logged many, many flights, she had a highly honed ability to fall asleep quickly.  Even in Business Class, the flights were long and boring; sleep provided a sort of magical time travel ability.

Passing through 30,000 feet, she was suddenly awakened by a thump, then cold, then her vision first narrowed then – nothing.

The 5/8” open end wrench had entered the engine and then in miliseconds, had destroyed every compressor blade.  Now in a thousand tiny pieces, all moving at unimaginable speed and force, had passed through the combustion chamber, and then destroyed the turbine blades.  As the engine disintegrated, pieces came out of it and first penetrated the cabin, causing loss of air pressure.  At 30,000 feet, the temperature was well below zero, and the inside cabin temperature quickly dropped to life threatening levels.

Other pieces of engine and wrench did the work of a thousand gremlins, cutting hydraulic control lines and fiber optic cables.   The pilots had immediately initiated an emergency decent, donned their oxygen masks and initiated their emergency procedures.  But the bird was badly damaged.

No big deal.  Just another day at work.

At 10,000 feet, Jane regained consciousness, and noticed the oxygen mask hanging from the overhead compartment.  The Flight Attendants (2 were quick enough to don their oxygen masks before they passed out) had already placed it over her face, as they had over everyone who was passed out and hadn’t been able to do it themselves.

Unable to do much more than glide the giant aluminum tube in a straight line, unable to lower the gear and with partial loss of flight control, the pilots had found an open field and were about touch down.  With a brief announcement, ‘prepare for crash landing’, they greased it into the frozen field, 80 miles from any sign of civilization.

Luckily, they were trained and experienced.  The Captain had almost 25,000 flight hours and the co-pilot had almost 4,000.  Everyone survived and the passengers were successfully evacuated.  Now, when would rescue teams reach them?

Lets rewind this admittedly far fetched story and see how we got here.

The accident investigation would find that a series of human errors had led to this series of unfortunate events.

Serial Numbers Keep You From Falling Out of the Sky

The proximate source of the engine failure was the ingestion of the 5/8” wrench by the number 2 engine.  But how did that happen.  What was supposed to keep it from happening in the first place?

Tools which are used in aircraft maintenance activities each have a unique serial number engraved into them, often times by a laser engraving machine, though it can be done with dies or electric pens.  The Serial Numbers form part of a kit, meaning that if done correctly, you can identify which tool kit the individual tool belongs in.

Each morning, a mechanic is issued a tool kit (or brings his own), and is supposed to inventory his tool kit to verify that he has all the tools in his kit that are supposed to be there.   For easy identification, each tool is placed in a foam shadow board, (each drawer has one and the tools each have a home in specific locations in the shadow board).

Visually, you can see whether you have all the tools you are being issued in the kit by simply looking for holes in the shadow board.  But that still doesn’t solve the main problem (Foreign Object Damage or FOD) all this tool control is trying to solve – do I have the specific tools assigned to this kit – in this kit.  For this, you have to have serial number control of each tool.

Procedurally, you have to combine both the Shadow Board and Serial Numbers with the following process:

This is a tedious process.  It requires 2 key ingredients that all of society depends on:

Everyone involved in the operation of complex systems, such as aircraft, has to trust that the system(s) have been designed, tested and stressed to know they work and how they can be broken.  Passengers have to trust that all this happens, even if they don’t realize it.  For those of us who do know how this works – we don’t sleep well on flights.

As human beings, we want to take short-cuts.  We don’t want to be told what to do.  For instance, when you see a park bench that has been recently painted and it has a sign on it that says ‘wet paint – do not touch’, what do you want to do?  You touch it.

In our scenario, Jane didn’t know that she should have seen Mike the Mechanic do an inventory of his tools after he closed up that engine panel.  Even if she had known she didn’t see it, what could she have done about it?

Take Next Week Off 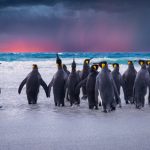 With the outside temperature closing in on -24 F, the passengers were quickly starting to experience hypothermia.  Unable to retrieve anything from the wreckage, they were huddled together like Penguins trying to keep warm in the artic when they first heard the whomp, whomp of the rescue choppers approaching.  It had taken what seemed like forever, but in fact, was only 45 minutes.

Back in the office, Jane told her boss – I need a vacation.  Sure, Take Next Week Off.

About the Author: Soren Detering 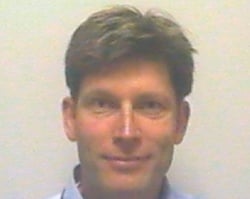 We are dedicated to enriching the lives of clients and consultants through premium consulting services, helping SAP customers implement and optimize SAP solutions. Special focus topics are ECC and S/4 Sales, Customer Service, and Warranty Management solutions, and also SAP in general.

We use a proprietary QuickScan methodology to quickly scope your project.